I have been working on this little piece today, it is just for fun and my own amusement, today just felt like a day to break free from the mundane and venture in to an attempt at escapism, I hope you like it 🙂

An Insomniacs Poem for Christmas.

‘Twas the night before Christmas, when all through the house,

Dee alone was stirring, and maybe, the shed’s resident mouse,

The presents had been wrapped in a last minute rush,

And now in the house, was the stillness of hush,

While visions of chasing cats played through his head,

His dreamtime woofs gently sounding about,

Those cats do need chasing, of that there’s no doubt,

When out in the garden there began a fierce yowling,

Which set Shadow off with some wide awake growling,

Two cats had appeared and were deep in combat,

That Shadow wanted to chase them, well that was a fact, 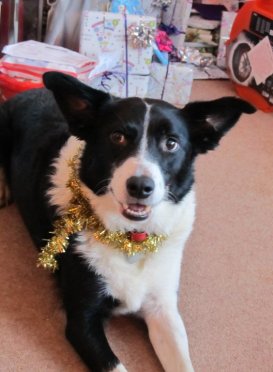 The New Moon barely shed light on the whiteness of frost,

If I let Shadow out it will be at a cost,

His barking may wake children, snug in their beds,

They might just spy Santa as he zooms overhead,

His Reindeer in front, pull the loaded up sleigh,

Delivering presents before break of day,

Their hooves they do fly in the twinkling night sky,

So swift, if you blink, you might miss them pass by,

On, Comet! on, Cupid! on, Donner and Blitzen!

And Rudolf he leads, with his nose all aglow,

Lights up their way, wherever they go, 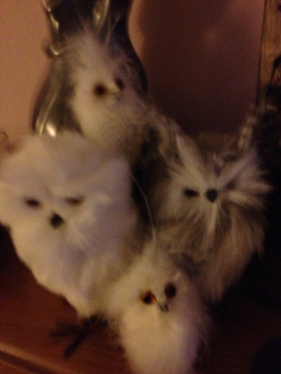 Away to the rooftops, where owls mournfully call,

Now fast away, no, not that way, down this way all!”

Stockings, like magic, have been filled to the brim,

But did children spy Santa? No sight of him,

As Dee returned, bleary eyed to her bed,

Visions of wonder flowed through her head,

She heard someone calling, though the sound was but slight.

“Happy Christmas to all, and to all a good night!”

One thought on “Something a Little Different for Christmas Eve, Eve”